The Aboriginal Community Elders Services (ACES) was established due to the tireless work of the late Aunty Iris Lovett Gardiner and other elders both past and present. They were concerned that elders were dying in mainstream nursing homes without any Aboriginal cultural practices being observed. 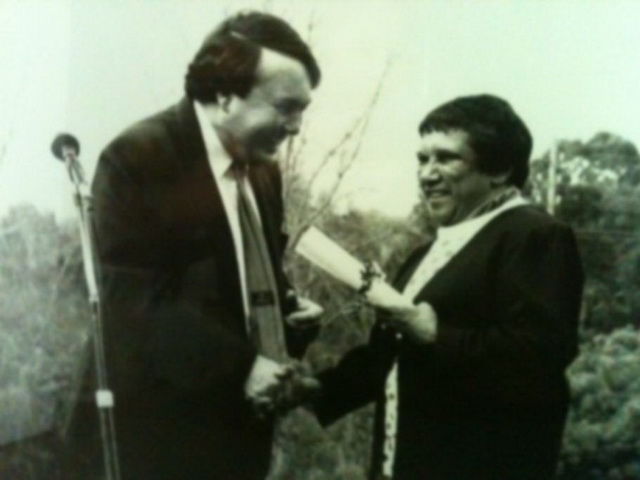 “I had the idea of having a place, a hostel, for Aboriginal Elders I was tired of our people dying in rooming houses and all sorts of places because they had nobody and they were sick. A woman who I really liked and who used to come to all our concerts, she died in an institution and we didn’t even know she’d died until a fortnight after she was buried. I thought, “That’s it. We should make somewhere where we can keep the Elders under our eyes”… Aunty Iris Lovett Gardiner

Initially, volunteers were assisted by the support of existing Aboriginal community organizations such as the Victorian Aboriginal Health Service and the Aborigines Advancement League. They provided the Elders a project worker. Once ACES became incorporated in 1987 it was eligible to receive funding and it set up a twenty-five bed hostel, which was named the Iris Lovett Gardiner Aboriginal Elders Caring Place. It opened its doors at 5 Parkview Avenue, East Brunswick in 1991.

Aunty Iris’ vision was for ACES, “ ‘The Caring Place’ (as she referred to it then) will be fundamentally Aboriginal. It will be a place of immense caring. It will be part of the community and will incorporate a Cultural Centre, where the Elders can give our young people a sense of culture and identity. The Elders who live there will unfold the Aboriginality of the place. They will be teachers and role models”. (From Alick Jackomos and Derek Fowell [1991] Living Aboriginal History of Victoria, Museum of Victoria, p68)